Consisting of EgoKiefer, Wertbau, Slovaktual and Dobroplast, the Windows Division is one of Europe's leading window manufacturers. The four companies offer customised window and exterior door systems made of wood, wood/aluminium, vinyl, vinyl/aluminium and aluminium, designed to accommodate every building situation. The extensive range of windows is 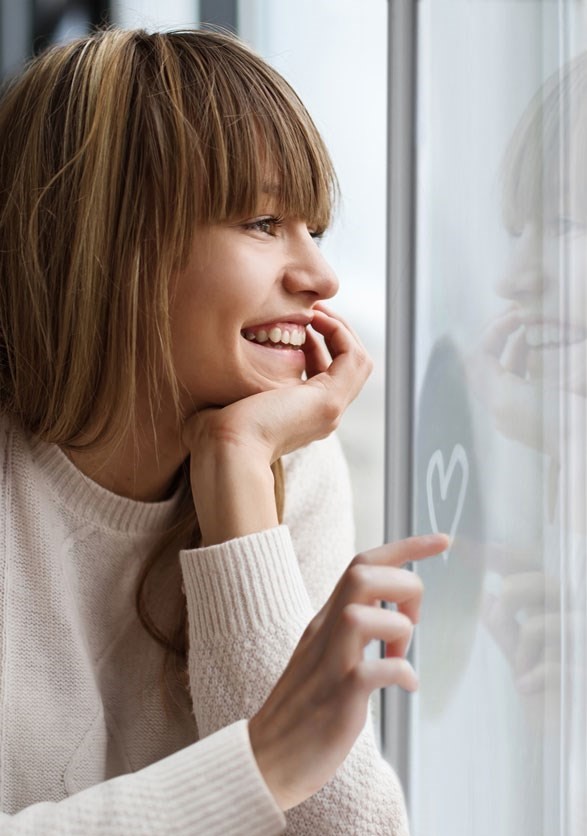 This positive earnings development on the EBITDA level is mainly due to the following three factors: In the Swiss market, especially in direct customer business with large customers, the quality of earnings was significantly optimised at the expense of revenue. In the Polish market, both the product mix and the quality of earnings were further improved. In addition, the wood/aluminium competence centre in Langenwetzendorf (D) was able to significantly increase output and productivity. Compared to the previous year, total capacity was increased by over 90%. In light of the constant high demand for wood/aluminium windows, the capacities must be boosted significantly again in the coming year as well.

In Switzerland, in a still challenging market environment, EgoKiefer was able to significantly increase its volume of incoming orders in the reporting year. In direct customer business, the company significantly improved the quality of earnings thanks to a more differentiated market development and an optimisation of the operational completion of large-scale construction projects. EgoKiefer also continued to grow in the specialist trade partner business, not least because of its completely renewed product range, and selectively expanded its distribution network in various regions of Switzerland with new specialist partners.

The German company Wertbau made a significant contribution to the successful 2019 financial year with an increase in production volume in the wood/aluminium segment. In order to improve the volume output, the production processes were continuously optimised and the workforce was selectively supplemented with specialists.

The Slovakian company Slovaktual took further important steps in the reporting year to supply all the divisions companies with products from its own production competence centre. The production plant currently produces all vinyl windows for the Slovakian, Czech, Austrian and Swiss markets. In addition, 80% of the total insulating glass requirement of the Pravenec production plant (SK), as well as the construction and architectural glass required for Switzerland, which is mounted to the frame directly on the construction site, are now produced in the company's own insulating glass production. In addition, the production for lift-and-slide doors has been expanded so that the Polish market can also be served with products from Slovakia. With a further expansion of production capacity in the insulating glass segment and the commissioning of an additional laminated safety glass (LSG) plant in the first quarter of 2020, the wood/aluminium production plant in Langenwetzendorf (D) will also be supplied with insulating glass from Pravenec (SK) from next year onwards.

A further improvement in profitability was achieved in the Polish market with Dobroplast. Over the past three years, the brand has been consistently repositioned as a quality supplier in the medium price segment. In particular, sales of the premium product “P-Line”, which is equipped with system provider profiles, again increased significantly. In addition, production was further strengthened with investments in insulating glass production as well as frame and wing production and is now one of the largest and most modern production lines in Eastern Europe.

To best serve the needs of customers in the target markets, the division's product portfolio was continuously adapted and expanded during the reporting year. For example, the new wood/aluminium window generation was expanded to include fire protection windows, and in the vinyl window segment, new profile geometries were developed in cooperation with our profile system providers, which set the division's products apart from the competition and meet the specific needs of customers in the target markets.

The three production competence centres of the Windows Division are characterised by a high degree of automation and vertical integration. All production plants have been modernised with targeted investments over the past four years, thereby improving competitiveness. Following the high investment requirements of previous years, the investment volume is to be reduced to targeted additions in the coming years. In 2020, for example, a new plant for laminated safety glass (LSG) will be installed in Slovakia and another, fully automatic CNC profiling plant will be commissioned in Langenwetzendorf (D) in order to be able to meet the rapidly increasing demand for wood/aluminium windows in the DACH markets.

Digitisation remains an important focus of the Windows Division. The division aims to exploit the possibilities offered by new technologies and digitisation along the entire value-added chain. For example, modern RFID technologies are used in production today, which make it possible to track an order in production in real time. In Poland, the Windows Division was the first industrial window manufacturer to launch a window configurator in 2019, which enables end customers to easily and conveniently configure and order a window online from home and have it installed by a certified installation partner.

In Switzerland, all EgoKiefer fitters are now equipped with mobile end devices, which has significantly improved employee productivity. In addition, the division has developed a new logistics concept that allows delivery to the construction site to be tracked in real time.

Today most of the ancillary costs in a house are due to energy consumption. About two thirds of the energy of an average single-family house is used for heating and hot water production. The modernisation of the building envelope plays a decisive role in reducing this energy requirement and achieving the defined sustainability goals.

With its modern product range and outstanding technical properties of all window constructions, the Windows Division makes a decisive contribution to the careful use of resources. Energy-efficient renovation of facades and building envelopes plays an important role in improving the CO2 balance and will continue to gain in importance in the coming years, especially against the background of the still very high need for renovation.

In addition, the division also pays attention to the careful use of natural resources when choosing its suppliers. The vinyl profile of the main supplier, for example, contains no plasticisers whatsoever. In addition, additives such as toxic heavy metals are avoided and only environmentally friendly vinyl stabilisers are used. The proportion of regenerated PVC profiles is approximately 70%.

There is an almost complete recycling cycle in vinyl window production. Profile scrap that is created during production is ground and added back to the dry blend (dry mix of vinyl powder). In addition, recycling materials are consistently used alongside fresh vinyl. The production sites of our suppliers are certified in accordance with pro-K “zero granulate loss” and are members of Rewindo GmbH (recycling initiative of the German plastic profile manufacturers for removed vinyl windows, roller shutters and doors).

After a four-year restructuring phase, the Windows Division returned to a sustainable, healthy level of profitability in the reporting year. Thanks to a high level of vertical integration, state-of-the-art manufacturing technologies and production competence centres at competitive locations in Eastern Europe, the division is well positioned to gain market share in the new decade and further improve its profitability. The most important levers for continuously increasing profitability are in particular the further improvement in productivity at the wood competence centre in Langenwetzendorf (D), the increase in output volumes in the division's own insulating glass production in Slovakia and an optimisation of margin and pricing policies in all core markets.

On the market side, the Windows Division expects a consolidation of demand – especially in the new building segment – and a slight decline compared to previous years. However, due to the highly diversified and broad-based network of specialist trade partners and the still very high demand for renovation in all core markets, the division still expects a robust market environment in the 2020 financial year. 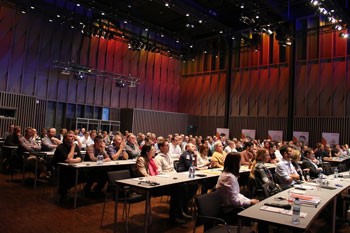 In November 2019 EgoKiefer held a major information event in Baden (CH) for all EgoKiefer contract partners. More than 120 partners from all over Switzerland attended the event, at which there was not only a presentation of the new range of entrance doors and a discussion on the strategic and operational orientation of the company, but also room for informal exchanges.

Launch of the window configurator 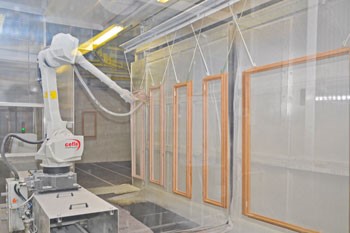 In spring 2019, Dobroplast was the first industrial window manufacturer in Poland to launch a window configurator for private customers. It enables private customers to configure and order a window online from the comfort of their own home and have it professionally installed by a certified Dobroplast installation partner.

Construction and architectural glass from Slovakia since 2019 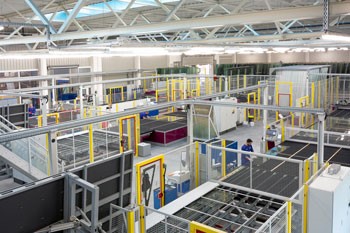 Since the summer of 2019, large insulating glass panes for the construction and architectural glass used in Switzerland, which is installed directly on site, have also been manufactured in the company's own insulating glass production in Slovakia. In addition to cost savings through in-house production, this will also result in improvements in processes and procedures on construction sites.

Expansion of the painting plant in Langenwetzendorf (D) 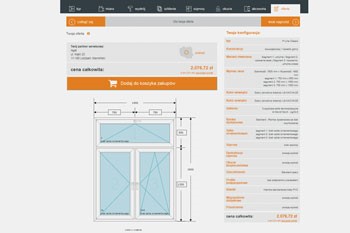 Targeted supplementary investments were made to further improve the performance of the Langenwetzendorf (D) production plant. For example, a second painting robot was commissioned in 2019, further increasing flexibility for individual glazes and top coats. This allows the various colour constellations to be better served and reduces set-up times. All in all, this investment has doubled the painting capacity.