The Heating, Ventilation and Air Conditioning (HVAC) Division offers a wide range of products for all applications in residential and commercial construction, as well as for industrial and public buildings, mainly in the field of heat transfer. In Europe it is one of the leading providers in this segment with its main brands Kermi, Arbonia, Sabiana, Prolux, Vasco, Tecna, Brugman and Superia. The division's production sites are located in Germany, the Czech Republic, Italy, Belgium, Russia, Poland and the Netherlands. In addition, a large number of sales locations – most of them in Europe – and a global network of sales partners guarantee market presence and customer proximity. 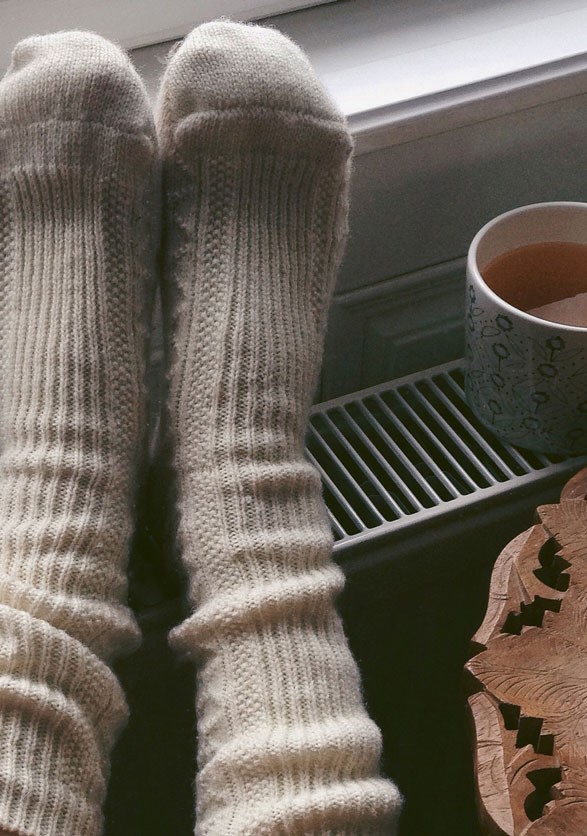 Despite temporary, additional organisational and double burdens due to various start-up processes, such as the new radiator plant in Stupino (RUS), new half-shell presses in Plattling (D) and a new paint shop in Corbetta (I), the first positive effects were seen as planned. These will sustainably strengthen the division's competitiveness in the future.

In some of the division's core markets, mainly Germany and Switzerland, the demand for residential construction remained at a high level, boosted by attractive financing terms, a largely secure labour market and the promotion of CO2-reducing and energy-saving products. However, the lack of skilled workers in the craft trades is slowing down possible stronger growth in this area, both in new construction and, in particular, in renovation. In addition, economic uncertainty caused by international trade disputes and a current cooling down of demand in the mechanical engineering sector on the one hand and political factors relating to specific countries on the other have led to a noticeable reluctance to invest in the commercial and industrial sectors.

In 2019, the industry was characterised in some product segments by strongly increasing pressure from competitors with production facilities in countries with currency advantages, such as Turkey. The collapse of the sales market in Great Britain caused by the impending Brexit also led to a substantial erosion of margins in some countries on the European mainland, and several radiator manufacturers fell victim to this in the course of the year due to insolvency. It is therefore all the more gratifying that the division was able not only to continue to grow in its markets but also to increase its market shares thanks to its investment-related increased competitiveness. With its product portfolio, its expanded market presence on the Iberian Peninsula and, in particular, its new production plant in Russia, the division is in a position to take advantage of opportunities in the future.

The HVAC Division is consistently pursuing its strategy of consolidation and process optimisation, expansion of its market presence and ongoing innovations, as in the reporting year as well. In this context, a radiator plant in Zedelgem (BE) was closed and its production volume transferred to the production plants in Plattling (D) and Tubbergen (NL). At the Dilsen site (BE), production processes were optimised through restructuring and major replacement investments from previous years were largely completed at the division's other production sites.

In addition, expansion investments in the production of underfloor heating pipes at the Dilsen production plant (BE) underpinned and expanded the market presence as a manufacturer in the area of surface heating systems that was achieved through the Vasco acquisition. A key milestone for future growth, particularly in Russia, was the completion of the new radiator plant in Stupino (RUS), which at around EUR 30 million was the division's largest single investment for many years. The production plant was commissioned with an official opening ceremony in October 2019. The local manufacturing not only provides access to public projects but also significantly improves competitiveness through faster delivery times, shorter transport routes and flexible responsiveness.

The cornerstone for future growth in the HVAC Division lies in the product groups of underfloor heating, heat pumps and residential ventilation. In the reporting year, the division continued to focus on expanding these businesses, thereby continuing to pursue its strategy as a system provider. The division plans to expand its integrated heating system with solutions ranging from efficient heat generation and storage to energy-conscious heat transfer.

Numerous product innovations, presented at the world's leading trade fair ISH in Frankfurt (D) in March 2019, enable the company to address new customer segments and deepen established customer relationships. For example, the new product range of current-based heat exchangers can address the electrical wholesale trade with its customer group of electricians for the first time. The substantially expanded product range in the field of residential ventilation with a unique selling point in the compact segment not only aroused keen interest among trade partners, installers and specialist planners but already led to several major project orders in the reporting year. Overall, the division demonstrated its comprehensive expertise as a supplier of innovative, energy-efficient individual components in the field of heat transfer and integrated HVAC systems for all types of buildings and applications with the first joint trade fair presentation of its Kermi, Arbonia and Vasco brands, which won the “German Design Award”.

New products in almost all product groups underscore the division's innovative strength and thus form an important cornerstone for future growth. In this context, the new "Jumbo" ceiling cassette from Sabiana with a cooling capacity of up to 15 kW currently represents an unrivalled offer in the market, which will result in considerable project cost savings for customers. Overall, the division is making a significant contribution to achieving political climate targets with its product innovations to increase energy efficiency, and the awards it has received for Kermi and Vasco prove that design and energy efficiency are not mutually exclusive.

To support global climate targets, the division has made climate protection a priority goal through both sustainable product and production efficiency. This extends across the entire portfolio – from energy-saving radiators to electrostatic air filters and heat pumps to smart control technology. Efficiency and energy saving are elementary goals in research and product development as well as in the entire manufacturing process, certified according to ISO 9001 / 14001 / 50001 (Quality / Environment / Energy).

In this context, the entire lighting in the production halls in Plattling (D) has been converted to LED lamps, the power supply for the production site in Dilsen (BE) is provided by installed photovoltaic systems and wind energy, and in the Italian production plants, 80% of the annual power requirement is generated by the company's own photovoltaic systems, saving up to 1.2 million tonnes of CO2 every year. In addition, the use of digital technologies helps to drastically reduce paper consumption.

In 2020 the products of the HVAC Division that were sold between 2010 and 2019 together with their above-mentioned resource-saving energy generation, will save around 700 000 000 kg of CO2 per year. This corresponds to the CO2 absorption of a forest of approx. 700 km² (1.3x of the size of Lake Constance or about half the size of London). The energy-efficient products of heat pumps, “Therm-x2” steel panel radiators, fan coils and filters, ventilation units and heat exchangers were included in this list.

The HVAC Division expects the economic environment to remain stable in some of its core markets in 2020. There are no signs of a significant deterioration in the German market, particularly in residential construction, while the commercial and industrial sector is expected to see a decline in investment activity. Although the planned political decisions to curb climate change, such as the climate package in Germany, represent a temporary risk in the short term until the publication of specific subsidy conditions, they offer considerable growth opportunities for the division in the medium and long term.

However, significant cost increases are already emerging for 2020, both in Germany in general in the transport sector, through the expansion of the HGV tolling and specifically in Eastern Europe in the energy sector. Further, disproportionately high future salary increases must also be expected due to the shortage of skilled workers there. It is therefore all the more important to consistently pursue the strategy of consolidation and process optimisation by investing in production sites, entering new markets and establishing new distribution channels, as well as the ongoing development of new, energy-efficient products to maintain competitiveness. 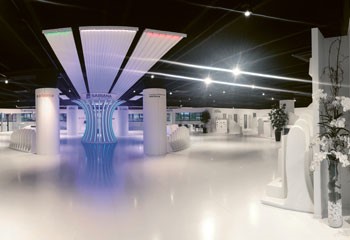 In May of 2019 the new showroom of Sabiana in Corbetta (I) was officially opened. With its architectural design and the provision of the latest technologies, the 1'300 m² area is an ideal platform for welcoming customers. Two training rooms complete the entry into the wellness world of Sabiana. 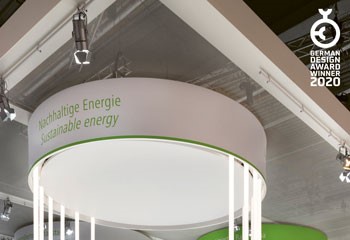 For the first time, the brands of the HVAC Division were located with their exhibition stands in the newly built Hall 12 at the world's leading trade fair ISH in Frankfurt (D). The three brands Kermi, Arbonia and Vasco with approx. 1'200 m² formed an optimal market place to present themselves to the visitors. The event was rounded off by winning the “German Design Award 2020” for the design of the exhibition stands. 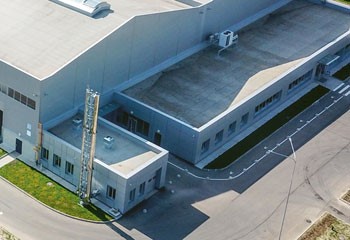 The HVAC Division invested in numerous locations during the financial year. In Dietlikon (CH), a new sales location was created for Prolux. In Dilsen (BE) a completely new logistics centre for Superia radiators was opened in August. The largest investment was the new Kermi steel panel radiator production plant in Stupino (RUS), which cost around EUR 30 million. The official opening ceremony took place in October.

Radiators with an award-winning design 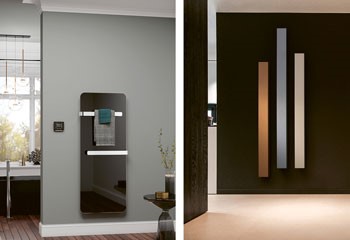 The fact that the products of the HVAC Division are convincing with their design has always been proven by the award of various design prizes. In 2019, the bathroom and design radiators “Elveo” from Kermi and “Beams Mono” from Vasco were once again able to impress and received the “iF Design Award”. “Beams Mono” was also well received in the Italian market and the radiator was awarded the “Archiproduct Award”.