The Sanitary Equipment Division is the specialist for shower enclosures, shower trays and shower area applications and offers convincing shower solutions for all generations, lifestyles and types of residences. As the European market leader, its Kermi, Koralle and Baduscho brands are widely known in the sanitary industry. The integrated production site in Germany and a locally oriented manufacturing in Switzerland focus on both customer proximity and production efficiency. The division is also active with distribution companies in Austria, Poland, the Czech Republic, Russia and China. 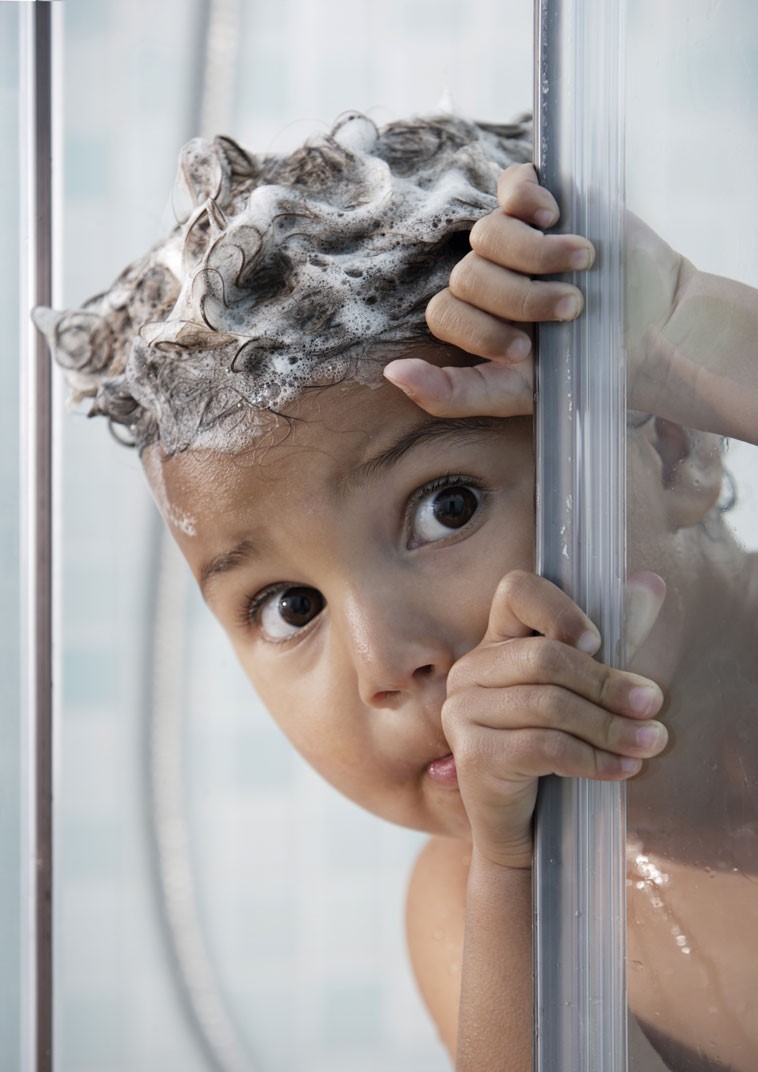 The construction industry in the division's main markets, Germany, Austria and Switzerland, remains stable. However, the continuing insufficient capacities of skilled installers limit potential revenue for the division. The high price pressure and the buying power of wholesalers in the sector of sanitary and heating products still make the general conditions challenging. The division was able to achieve growth in export markets due to new product placements and additive marketing initiatives.

Successes in the project and key account business and a continued expansion of the service offering also had an impact on development. In addition, increase in productivity and the positive effects of the investments made in conjunction with strict cost discipline contributed to the improvement in earnings. Further optimisation of the overarching service processes in 2019 also led to improvements and, above all, to good conditions for 2020.

Major investments were initiated at the two production sites in 2019. In September, the ground-breaking ceremony was held by the company Bekon-Koralle in Dagmersellen (CH) for the construction of a new office building. An important part is the new, spacious and customer-friendly exhibition including training rooms on the ground floor. The production areas in Dagmersellen have also been optimised and the production facilities further modernised. At the Plattling site (D), further investments were made in the automation and process optimisation of production and additional customer-oriented training and exhibition space was created.

In the Service area Germany, the organisation was revised and processes optimised in order to be able to respond even faster and better to customer requirements in future. By reorganising the research and development (R&D) area, the forces were bundled and the prerequisites for further intensification of R&D activities were created. In addition, strategic purchasing partnerships were expanded, combined with a further professionalisation of data links with suppliers. Important progress was also made in the area of digitisation through new digital tools and data. Thanks to successful project work, an order tracking system went live at the end of the year.

The highlight of the reporting year was the ISH 2019 in Frankfurt (D), where Kermi and Koralle presented numerous product innovations to an international audience. Koralle presented itself in an elegant black and white look with the claim ”Something special every day“. Kermi Duschdesign invited visitors to experience the motto “UNLIMITED // GRENZENLOS” at its stand. Kermi Duschdesign and Koralle then presented the ISH innovations at the numerous in-house exhibitions of the wholesale trade.

Kermi Duschdesign presented new functional variants of the “LIGA” series at the ISH. The project partnership Pflegebad 2030 (Care bathroom 2030) of the VDS / ZVSHK (Association of the German Sanitary Industry / Central Federation for Sanitation, Heating and Climate Control) led to an intensive discussion of the narrowest bathrooms and the development of a universal pendulum-folding U-shape in the “LIGA” series. This is suitable for all narrow bathroom situations up to care homes. The “LIGA” swinging doors and the “LIGA” sliding doors have been extended by new variants. To follow the “black” trend in the bathroom, Kermi has developed the new “Dark Edition”. This comprises five programmes, whose standard items appear in a new, elegant black soft-look.

Koralle successfully launched the two new volume series “TwiggyPlus” and “SL410” at the ISH. The months following the ISH were marked by the market launch and the stocking of the German wholesale trade.

Future-oriented innovations have also been established in the Bekon-Koralle product range. These include the ”X88 Free GT“, which, like the “X88 Free” series, is free-standing and completely without mechanical mounting. Likewise the series “S707/S700Plus”: A central role is played by the various possibilities of fixings. A suitable product variant can thus be found and implemented for every room situation. The “S606Plus room-high” represents a convincing system solution for today's bathroom architecture. Extending over the entire height of the room, frameless and with gently closing sliding doors, it allows room sections to be separated.

The Sanitary Equipment Division also addressed the issue of environmental and climate protection in the 2019 reporting year. The division has introduced a number of new measures aimed at making a long-term contribution to greater sustainability within the company. The new Bekon-Koralle building was designed with the latest environmental considerations in mind. A heat pump will be installed for heating in winter and cooling on hot days. In addition, a photovoltaic system will be installed on the roof and the most modern and energy-saving products of the Arbonia Group will be used for all the equipment.

The division worked on a new concept for film-free packaging during the reporting year. This will be applied to large parts of the product range in future. The progressive use of digital media will also greatly reduce paper consumption for printed documents.

For 2020, the Sanitary Equipment Division expects a stable revenue and profit development. Although political uncertainties and a slowdown in economic momentum mean that little impetus can be expected, the Sanitary Equipment Division's performance will be driven by the much more stable renovation business. The shortage of installer capacities will continue to be a limiting factor in the future, and it is to be feared that this situation will worsen when major heating subsidy programmes are implemented to protect the climate.

In addition to targeted investments, the division has made important organisational and personnel changes in recent years to ensure that it is optimally positioned in the areas of production and development, but also sales and services. Thanks to this starting position, the Sanitary Equipment Division is very well equipped to generate sustainable growth and profit in the future. 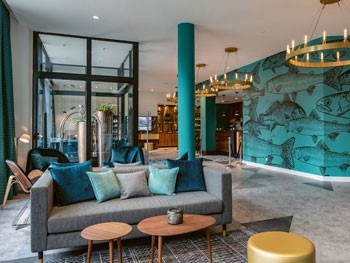 Kermi equips the bathrooms of the niu hotels in Lübeck (D) and Halle/Saale (D) with the series “FILIA”, “FILIA XP” and “RAYA”. The hotels are a brand of Novum Hospitality. (Photo: NOVUM Hospitality) 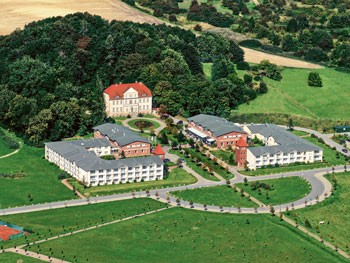 A total of 136 shower stalls of the “sanibel 1001” series from Koralle were installed in the Precise Resort in Sagard on Rügen (D).

The series “6000” from Baduscho was used in the standard rooms of the burnout centre “Sonnenpark” in Rust am Neusiedlersee (AT). The “Spirit” series was installed in the barrier-free rooms. (Photo: pro mente rehab)

Participation in a number of trade fairs 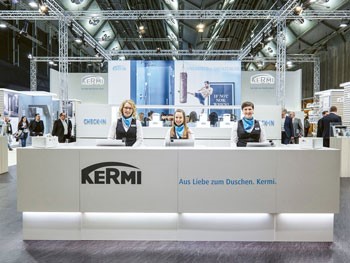 The companies of the Sanitary Equipment Division showcased their portfolios at the renowned industry trade fairs in Frankfurt (D), Wels (AT) and Zurich (CH). Thanks to numerous new products and effective communication at the trade fair stands which were tailored to each brand, the division was able to put on a convincing display to a broad trade audience.